Ovarian cancer is a silent killer and is one of the deadliest threats to women’s health.
The American Cancer Society says that about 20,180 American women will be diagnosed with ovarian cancer this year alone.
Every woman faces a risk of 1:57 risk of getting ovarian cancer in her lifetime.

The symptoms of ovarian cancer are not perceptible until the cancer becomes widespread and critical, which explains why thousands of women die of this dreaded disease every year.
Although ovarian cancer is treatable, in most instances, it is detected late causing complications and death to ovarian cancer patients.

Among the most prominent organizations that promote awareness on ovarian cancer is the Ovarian Cancer National Alliance. It was formed in 1997 by seven ovarian cancer advocacy groups who joined forces
to strengthen efforts to promote ovarian cancer education.

Ovarian cancer research teams probe into several areas of ovarian cancer including its symptoms (both in the early and the latter stage), stages, risk factors, prevention, risk reduction, and treatment, with the aim of increasing awareness on this cancer. Knowledge on the said areas can be a woman’s greatest protection
against this cancer.

However apart from the fact that there are many information gaps that still need to be filled, ovarian cancer researches are conducted in response to this cancer’s high mortality rate. In the United States, ovarian cancer is the fifth among the gynecologic cancers that place women at the brink of death.

Over 50% of all women diagnosed with the disease are about to die within a period of five years, researches show.
It is with this fact that ovarian cancer research groups are exerting their best effort to uncover hidden truths about ovarian cancer.

Most ovarian cancer researches reveal that women with ovarian cancer show the following symptoms: persistent and baffling gastrointestinal discomfort, nausea, digestive disturbances, bloating or swelling of the abdomen, pain in the abdominal and pelvic area, fatigue, frequent urinating, and abnormal bleeding during the postmenopausal stage.

Researchers explained that the reason why the cancer is detected only when it’s already in its advanced state is that doctors do not perform tests that could possibly diagnose the cancer immediately.
Doctors would usually have the patients undergo abdominal imaging and some gastrointestinal procedures, which they say re not that effective in diagnosing this disease.

Once again, the best advice – boost your immune system  to optimum health levels,  as “prevention is the best cure!”

Ovarian Cancer Research Are Parents Willing To Sacrifice Some Conveniences For The Sake Of Their Children’s Health? Anti-vaccine advocates are often the target of ridicule but at the end of 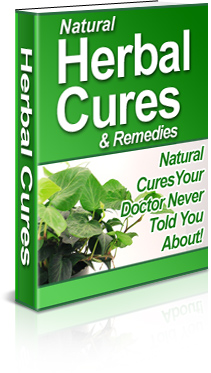